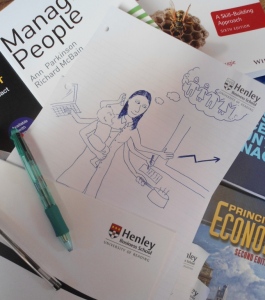 Last week, Jacinda Ardern, New Zealand’s youngest ever Prime Minister, announced that her first child is due in June. This will be only the second ever baby to be born to a serving female Prime Minister, the first being to Benazir Bhutto, some 30 years ago. Furthermore, Ms Ardern told the press on Friday that she learned that she is pregnant six days before she learned that she was to become Prime Minister. I wonder which was more of a shock? Nevertheless, in her interview she looked suitably chipper and ready to take on the dual challenge of motherhood and leading a country.

This is a big deal.  There must be countless male Prime Ministers who have become fathers whilst they were in office.  Tony Blair and David Cameron both did. Not very much is said about that, and the country wouldn’t expect the PM to miss a beat when it happened. Ms Ardern has stated that she will take six weeks off when the baby is born and hand over to her deputy during that time, as she would if she had to go overseas.  I suspect that most mothers will have slightly raised an eyebrow at this and made a mental note that she will have to re-evaluate this when the baby actually arrives. From a wider perspective, I wonder what she will feel about flexible working in the future and not just for mothers, but for fathers who want to play an active role in their children’s lives.

Being an elected politician, let alone Prime Minister, is a huge job with irregular and long hours. However, many other Members of Parliament, in many other countries, manage a family alongside their political lives. As Ms Ardern has noted, a village will raise the child, and, I suspect, a village must raise all children of female politicians and other busy mothers. I praise the fusing of a unit called the family, small or wide, that rallies around to ensure that the show stays on the road. To partners, parents, siblings and friends who offer to help so as to ensure that the hard-working mum can continue to offer her other talents at the service of her community or country.  Of course, this doesn’t take into account paid help that are also on hand to ease the load.

I praise Ms Ardern for becoming a modern mother and embracing the excitement to come; taking it all on with her eyes open and with her partner by her side. For all women, she is providing an inspirational role model. Indeed, an article in the Sunday Times indicated that she has already struck a blow within New Zealand politics and that two other women MPs have also brought their small babies into the Chamber. I hope, as part of her experience, she is able to walk in the shoes of other busy families and ensure that New Zealand becomes a model society for employing its best talent through allowing them the flexibility to be social beings too. I also hope her example will spread far and wide to continue to inspire women that it is possible to balance a family with the highest level of work.

View all posts by drclairecollins